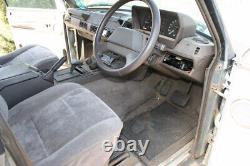 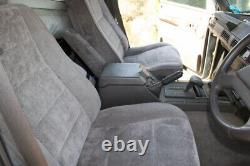 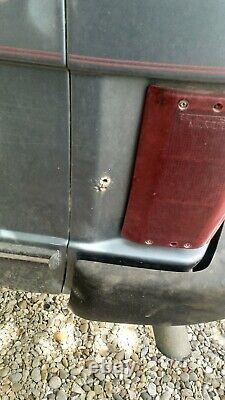 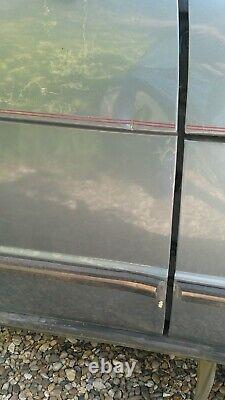 1990 Range Rover Classic 3.9 V8 auto. Bought by a friend of mine in 1998 when he was moving to Southern Spain and it has been there ever since. Up until 2006 he used it to travel back to the UK a couple of times a year so kept it MoT'd but since then it hasn't left Spain.

About 8 years ago the petrol pump died and it hadn't moved since then. The paintwork has suffered in the Spanish sun but surprisingly, the interior is in amazingly good condition. The chassis and underside has surface rust from standing but no rot. All the usual places you will find rot on a Classic don't have any. The lower tailgate has surface rust on the bottom but isn't holed, upper tailgate is near perfect and opens and closes as it should.

Inside the rear doors where the C pillar joins the wheelarch is shiny paintwork and all the door inner panels are complete and rust free. Unlike a UK car, it actually has inner wings with the only rust there being underneath the washer bottle on the LH inner wing and in the sills.

I suspect with the sills replaced it would go through an MoT with very little extra work being needed. The only bodywork damage is on both rear wings where it has holes where it has had light guards fitted at some time in the past and distortion on the driver's door where the check strap has failed so the door has been opening too far and hitting the trailing edge of the front wing. I drove down with a trailer last week and, after draining nearly 6 gallons of extremely stale fuel out of it, dropped the petrol tank and fitted a new pump.

To my friend's amazement, it fired up and ran perfectly. So perfectly that I was able to drive it 3kms down the side of the mountain he lives on so it could be loaded onto the trailer on level ground.

High and Low ratios work as they should, the autobox shifts smoothly and after a bit of running back and forth, even the brakes stop it without any drama. It was then trailered the 1,587 miles back to the UK. Central locking and all electric windows work fine. Even the air con, which has been converted to R134a, appears to work although the blowers don't seem to want to come on so you can't feel it. Mileage is 154,650 so it has only done 7,000 miles since the last MoT in 2006.

It is RHD, UK registered and DVLA were never told it had been officially exported so a new V5 will be issued to the new owner without it having to be re-imported. It has two keys (it also has an expensive aftermarket alarm/immobiliser on it with two remote fobs), the original owner's handbook and I have the V5 with it. Other than the fuel pump I have done nothing to it, not even washed it so anyone can see exactly what they are getting. A very rare opportunity to get the basis for an easy restoration but it could just as easily be used as it is with very minor work. Viewing is highly recommended and I can deliver if required.

This item is in the category "Cars, Motorcycles & Vehicles\Classic Cars\Land Rover". The seller is "r63ra" and is located in this country: GB. This item can be shipped to United Kingdom.