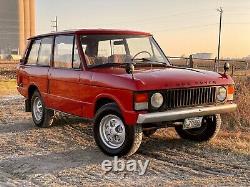 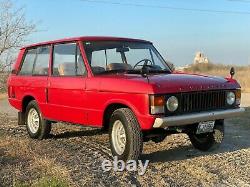 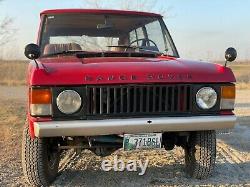 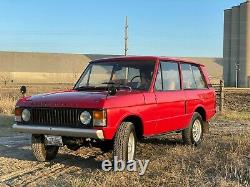 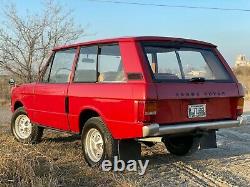 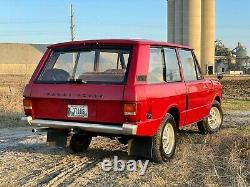 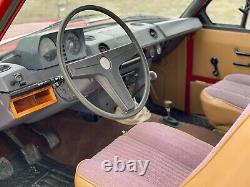 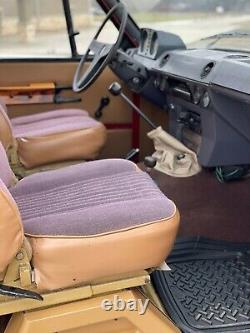 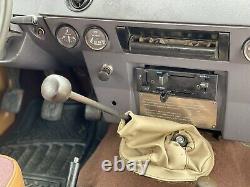 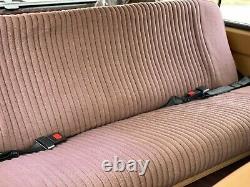 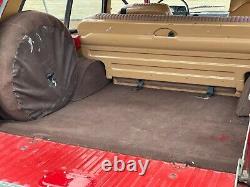 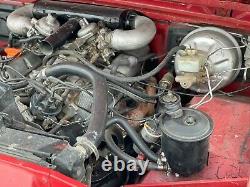 History This truck was imported from Guatemala in January 2021. The owners drove it the roughly 2,000 miles from Guatemala to Austin, Texas. Despite coming from Central America, this is a true UK export, and not a CKD assembled Range Rover. It was originally imported by the Land Rover dealership in Guatemala City. The first owner was a Spanish national who worked for a time in Guatemala, as a pulp mill manager.

The mill was located in Zacapo, Guatemala, which is one of the driest regions in Central America. The Range Rover spent the majority of its like in that same dry region, occasionally making treks to the upper peaks of the Sierra de las Minas to survey timber projects.

The third owner, who brought the car to us, lived in and used the car around Antigua. He had an extensive frame-off refurbishment done, including an engine rebuild. It was kept as close to original as possible, with the exception of the addition of power steering. Most parts used came from Famous Four. Mechanics Features a 3.5L V8 engine. Odometer shows 75,250 kms, but true mileage is unknown because it is a five digit odometer. It starts up immediately, even after it has been sitting, and in cold temperatures.

It drives, shifts and brakes well, and maintains its temperature. It was recently driven about 2,000 miles from Guatemala to Texas without any breakdowns. Electrics All electrics are currently working, with the exception of the speedometer. Interior The interior is driver quality. It features brown carpeting all throughout that is in good shape, and aftermarket rubber matting in the front.

Body and Frame The car has been repainted in its original color, Masai Red. Paint is driver quality with minor imperfections throughout but no major dents, scratches, or flaws.

The windshield has a large crack in the bottom, passenger side corner. It features very desirable Rostyle wheels. The body and frame are free of rust.

This is a great driver that wouldnt need a ton of work to get to Daily Driver status. However it would also be an excellent choice for a collector. Its rust free, very original, and has most of the hard-to-find, expensive interior parts that make period correct restorations on these so tough. As a 1973, its exempt from smog in CA. The item "1973 Land Rover Range Rover" is in sale since Thursday, April 1, 2021. This item is in the category "eBay Motors\Cars & Trucks\Land Rover\Range Rover".

The seller is "dutchsafarico" and is located in Buda, Texas. This item can be shipped worldwide.